Born on February 5, 1966, in Fuenterrabia, Spain, Jose Maria Olazabal grew up on a golf course and took up the game at age four. Before turning professional in 1985, he completed the unprecedented and unmatched feat of winning the British Boys', Youths' and Amateur Championships. He claimed his first European Tour title in 1986. He made his debut in the Ryder Cup in 1987 at the age of 21 and played a vital role, notably in partnership with his compatriot, Seve Ballesteros, in enabling arguably the finest European team of all time to win. Olazabal won his first tournament in the United States in 1990, when he took the World Series of Golf by an astonishing 12 shots. In 1994, he won his first major championship, the Masters.

Nicknamed "Chema“, Olazabal seemed to have the world of golf at his feet. But he was also feeling he had the world on them. In the latter part of 1994, the recurring pains in his feet began to intensify. Within 12 months, the discomfort had at times become excruciating. Bleakly, his illness was diagnosed as rheumatoid polyarthritis.

Throughout 1996, the pain was so bad that Olazabal was sometimes reduced to crawling around his house. But in the autumn of 1996, Olazabal visited a renowned physician, Dr. Hans-Wilhelm Mueller-Wohlfahrt, in Munich, Germany, and began an entirely fresh course of treatment. Remarkably, by February 1997 he was playing in the Dubai Desert Classic. He finished twelfth. Next time out, in Portugal, he was fourth. In his next start, the Turespana Masters, he completed one of the most spectacular comebacks in golf by winning the tournament. By the end of the year, he was again a crucial figure in Europe's retention of the Ryder Cup.

Olazabal's greatest subsequent achievement in golf to that point of his career came in April 1999, when he won the Masters for the second time. After this achievement, he was presented with the Golf Writers Association of America's Ben Hogan Award in recognition of his outstanding comeback from injury. Since then, at the 2000 USPGA Championship he tied the lowest round ever played in a major with a course record of 63 at Valhalla. He won again on the European Tour that season followed by another four victories in the US, Europe and Asia in 2001 and 2002, and 2005, bringing his total of worldwide victories in professional tournaments to 33. In 2006, he made his seventh appearance in the Ryder Cup, winning three matches out of three as Europe retained the trophy at the K Club in Ireland.

In 2009, aged 43, he was inducted into the World Golf Hall of Fame. Finally, and most gloriously, having been assistant captain at the 2008 and 2010 Ryder Cups, in 2012 he captained the European team to victory in Chicago. His team had trailed 10-6 going into the singles but on the final day they defied the odds to win eight matches and halve one, thereby retaining the trophy with Europe's greatest-ever last day performance, an accomplishment Olazabal and his team dedicated to the memory of Seve, who had passed away in May 2011. In his own words, in terms of his illustrious career, this was "the No. 1" achievement. 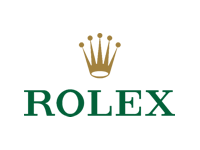 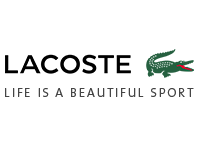 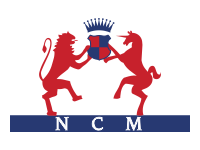 2020-21 © All Rights Reserved. Created for and on behalf of Olazabal Design s.l. by NCM Network AG.